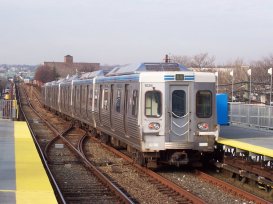 SEPTA was recently awarded a $5 million grant through the Federal Transit Administration’s State of Good Repair and Bus Livability programs, which awarded $787 million to transit projects in 48 states, D.C., and Puerto Rico.  The money that SEPTA receives will be put toward the renovation of 69th Street Transportation Center in Upper Darby.  The grant supports improving “pedestrian access,” among other things, as the Philadelphia Inquirer reports.

← A sweltering summer in Philadelphia: Tips for keeping cool and walking in the heat
Pedestrian Safety and the Law →