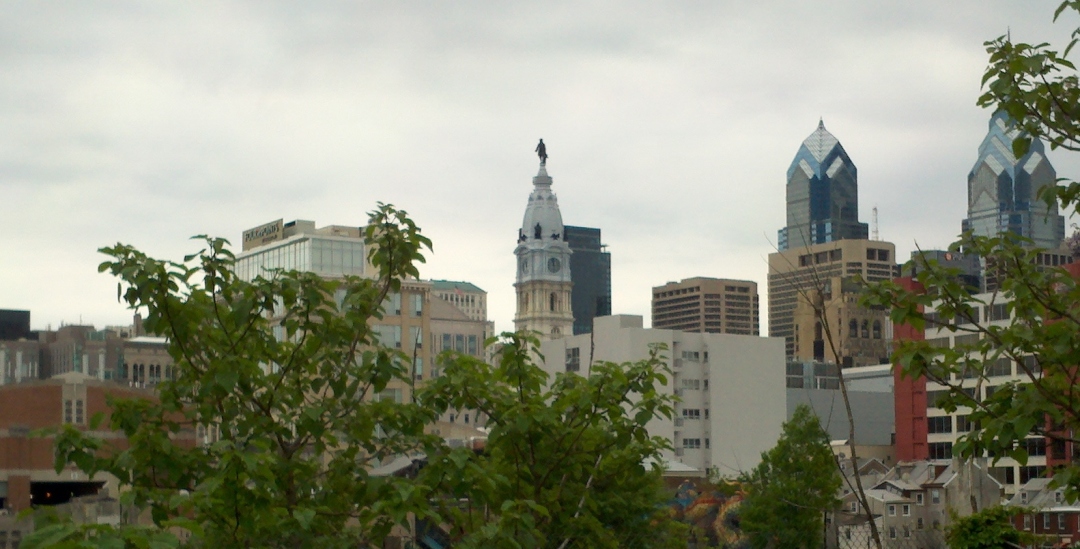 First, the bad news: The future for funding the region’s pedestrian and bike trails is uncertain, as the Delaware Valley Regional Planning Commission has reached the bottom of a $10 million grant for trails provided by the William Penn Foundation. Regional trail advocates will have to look elsewhere for dedicated funding for trail projects in the Philadelphia area.

The Race Street Connector is DRWC’s name for the improvements that brought light and art to the underpass linking Race St. Pier with the rest of the city. However, only the south side of the connector projected has been completed. According to Plan Philly, the north side remains unimproved due to a mismatch between permitting and funding and an innately more complicated traffic pattern.

Pearl Street, an alley linking Chinatown and Callowhill, will be transformed by the Asian Arts Initiative from a place that people avoid into an active “cultural connector” between the neighborhoods. AAI received a grant last year for the project from the Education Foundation of America and employed landscape architect Walter Hood to design a plan for the alley.

Cira Centre South got the go-ahead and will be the sixth-largest building in Philly. Its primary tenant will be the FMC Corporation, which will relocate its headquarters to the LEED Silver building. The building will also contain luxury apartments and office space for the University of Pennsylvania.

A development project involving a new seven-story mixed-use building and the rehab of an older one is coming to 11th and Chestnut. The property will include 80 apartment units. Demolition of the existing structures will likely start in the next few months.

An apartment tower to be known as 38 Chestnut is planned to replace two historic rowhouses in University City. The project, slated for completion by summer 2015, will help to fund the restoration of the Philadelphia Episcopal Cathedral next door. However, whether the construction of the tower is truly “necessary in the public interest” is still being contested.